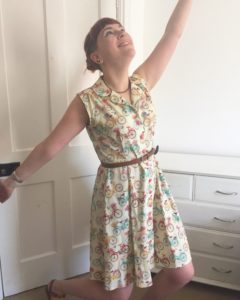 This dress is the next logical step. 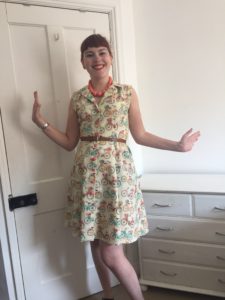 No, although some of the bikes have blue frames.

The fabric is a quilting cotton that was designed specifically for JoAnn’s. My mum bought it for me on a trip to the States about a year or so ago (maybe longer?). I knew as soon as I was given it that it needed to be a shirt dress, not least because shirt dresses are probably the easiest dresses to cycle in. 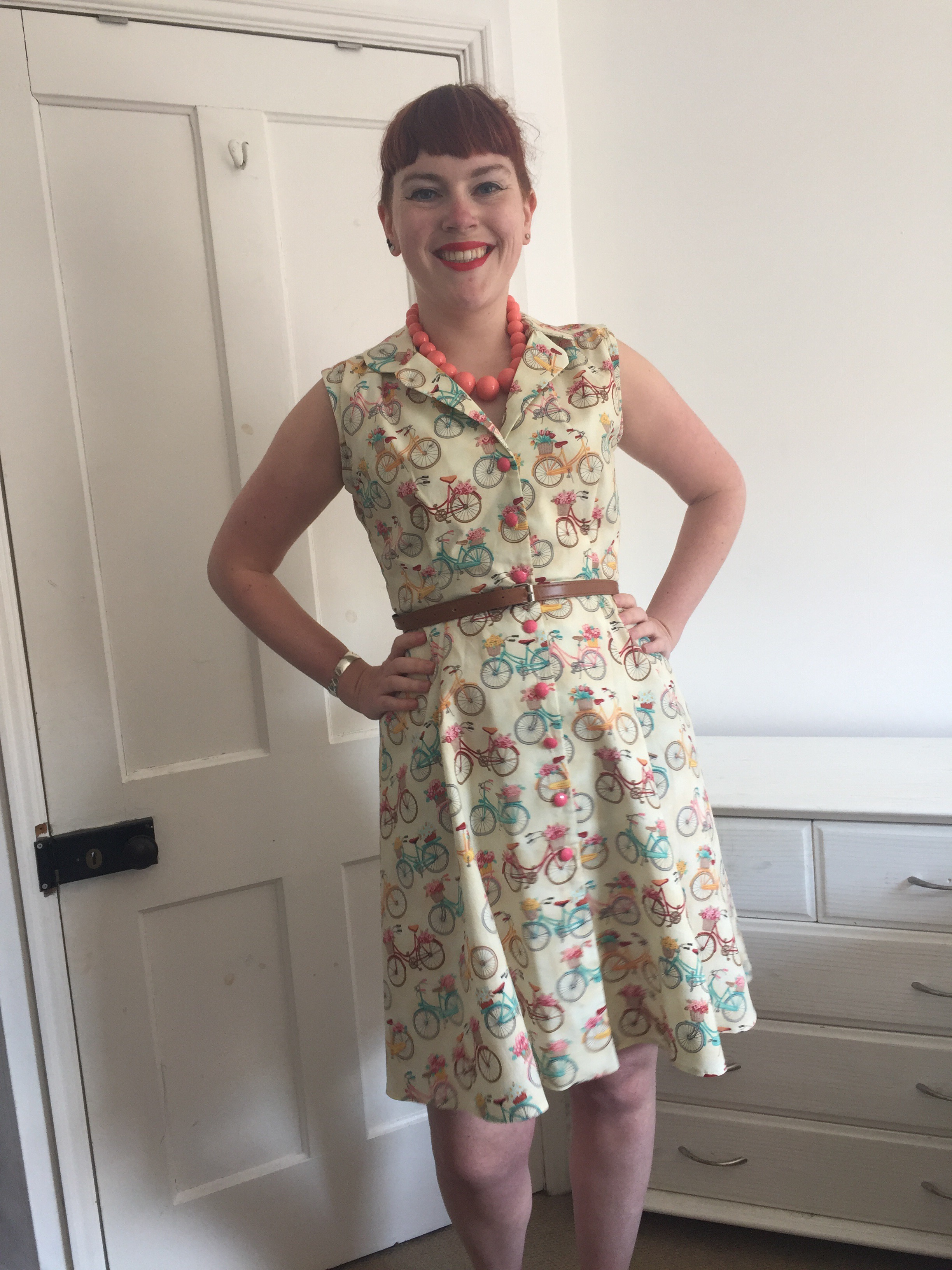 The sleeveless version of the Sew Over It Vintage Shirt Dress.

As with the first version of the shirt dress that I made, I was really pleased with how quickly the whole thing came together; for something that could, in theory, be a complicated item to make it’s a really straightforward pattern.

I was also pretty pleased with my economy of fabric; I had slightly less than the pattern called for, but with a bit of unfussy pattern placement I managed to get everything on and all the bikes facing the right way.

The buttons for this dress were ones I had in my stash, which meant I didn’t have to buy new ones. This is a victory in itself as I can never seem to find the right buttons I want when I’m looking for them and hours (ok, minutes) of fruitless searching were saved! 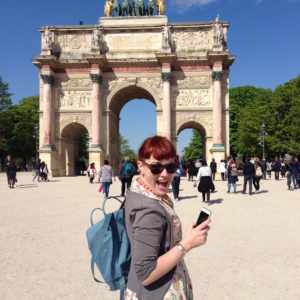 Sightseeing in Paris back in April

I spoke last time about how I’d had problems with the collar. I had those problems again. I measured everything up before I cut to make sure that I was definitely cutting the right size and I stay stitched everything to prevent stretching out, but I still ended up with a collar that didn’t fit properly. It’s ended up with the scenario of a slight stick-up on one side which is annoying. It can be fixed with a liberal application of the iron, but I do wish it would just work.
I also found that the bias binding bunched around the armhole more than I wanted it to. I’ve since learnt a trick to mitigate this, but, sadly, not until after I had another project with the same problem (more of that another day). 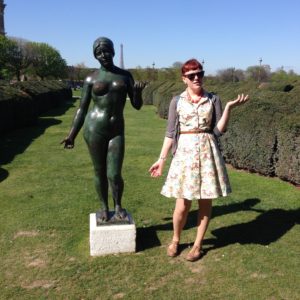 I think I would. I’m still concerned about the collar, but I might try cutting just the collar in a different size to see if that fixes the problem. Failing that, I might give a different shirt dress pattern a try, to see if there’s something out there that I’ve missed so far. Recommendations are very much welcome!

4 thoughts on “Get on your bikes and ride!”