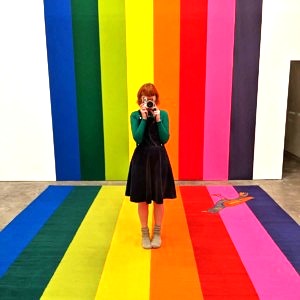 Can you believe it’s been a whole year since I published a post? I certainly can’t.

A whole lot has happened in the last year which in turn has had an impact on the whole blog writing thing. I feel like I might now start to get back into it again (hurrah!) but I’m not willing to make any promises just yet, not least because the busy-ness of life doesn’t look set to change any time soon…

Still, in the interest of being concise (ish, this is me we’re talking about), here’s what the last year has looked like, both in terms of real life and in terms of sewing. I confess there are not pictures of everything as I discovered in the course of this post that I take fewer pictures than I thought, but there are rather a lot of links… 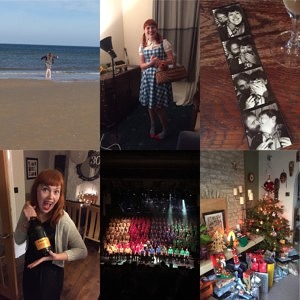 October
Sewing: an African wax print Erin skirt, and a wax print Anna dress
Life: a weekend in Norfolk with the boy’s family (I went in the sea!), dressing up as Judy Garland for a dead celebrities Halloween party

November
Sewing: a swan print Kew dress (and not much else because life got in the way)
Life: three gigs (Girl Ray, Lemon Twigs, and Father John Misty in Paris), lots of lovely dinners, a visit to see my parents, a calligraphy course, and most importantly, a trip to Paris where amongst other things we got engaged in a photo-booth.

December
Sewing: a Christmas dress for my best friend’s daughter, matching lounge pants for the boy’s younger brother and girlfriend, a waistcoat for my nephew (not pictured) and a purple and gold Kim dress that was made for New Year’s Eve but ended up not being worn (see life)
Life: A 30th birthday weekend away for a friend, all the snow (the first of much…), the London Gay Men’s Chorus Christmas review, a large number of Christmas parties, the boy spending Christmas day with me and my family, a blown out tyre in the post-Christmas snow, pot luck dinner party, the boy getting a nasty sickness bug on New Year’s Eve

January
Sewing: Fox PJs for the boy
Life: I cut all my hair off, saw a pigeon on the tube (it was weird), went on a spa weekend and celebrated the boy’s one billionth second 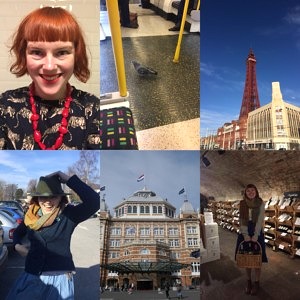 February
Sewing: Piccadilly PJs
Life: windy work trip to Blackpool, Balenciaga at the V&A, a trip to Cumbria where I stole my Dad’s hat, seeing the Orielles at the Hare 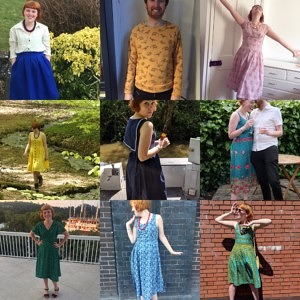 April
Sewing: a bright yellow Kew dress, a pretty pink Anna dress
Life: lots of trips around the country with work, visits of friends to Brum, a ceilidh, taking part in a performance of Spem in Alium for a friend’s 40th birthday

May
Sewing: a sailor’s dress complete with removable bib, a self-drafted skirt using amazing rose embroidered netting, an Ogden cami to match the skirt
Life: a weekend camping in Gloucestershire, singing madrigals on May day, the boy’s birthday (and a trip to Shrewsbury), Nap Eyes at the Hare, perfecting our pizza making skills, hiring a canal boat and dressing up as a sailor. 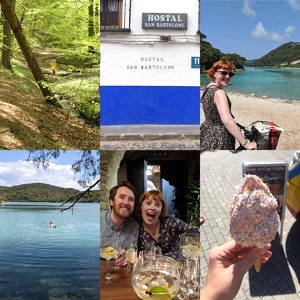 June
Sewing: a silk green polka dot Eve dress, a purple and floral viscose Eve dress, a sleeveless Grace with lengthened skirt
Life: six years with the boy, a trip to Spain with work, a week spent in Croatia on the island of Mljet (it’s gorgeous, I swam in a salt lake, ate loads of food, and had a great time), gin tasting in Bristol

July
Sewing: the contrast stripe Grace dress, the Oliver Bonas rip-off dress, a pair of floaty culottes
Life: celebrating my Mum’s 60th in Bristol (although all I have to show for it is an amazing ice cream), the boy’s younger brother’s 30th in Gloucestershire, and a barbecue on the first day it rained in months 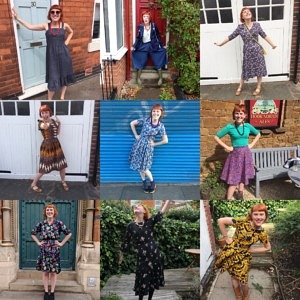 August
Sewing: brown wax print Emery dress, amazing Liberty Emery dress, self-drafted half circle skirt (using the same fabric as those lounge pants…)
Life: (more) gin tasting, a visit from my parents, going to see Dippy whilst he was in Birmingham, a weekend camping in the Cotswolds, including a trip to the Hook Norton brewery

September
Sewing: drapey Alex dress, witchy Eloise dress of dreams (which also happens to be my first make for the Crafty Sew & So Bloggers club), bright yellow Emery dress
Life: going to the Wilderness for my birthday, a lovely long weekend off work doing very little, seeing Pop Music at the Rep (it was great, go see it), visiting the Frida Kahlo and Video games exhibitions at the V&A (the latter is phenomenal) 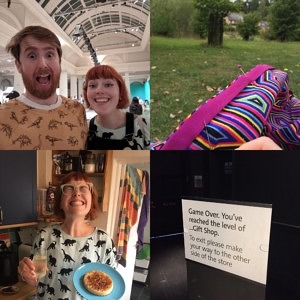 Which brings us back to October, a month that has so far seen a delicious lunch with my Grandma, taking part in this year’s Oxjam, a trip to the Polly Apfelbaum exhibition at Ikon, and a frankly phenomenal performance by Anna Meredith with the Southbank Sinfonia.

Hopefully it won’t be another year until I post again…. Let’s see…