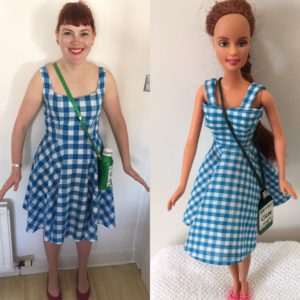 It’s okay! You’re not seeing double! Or rather, you are, but it’s a fully intentional, taking-a-joke-too-far kind of double. It all started with a Christmas present…. 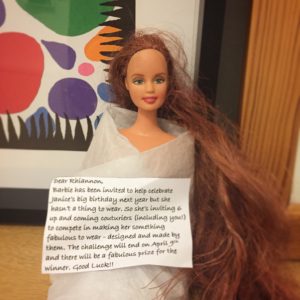 Christmas day (well, a few days later) found me opening a bag and discovering this poor forlorn Barbie doll who, let’s be honest, had seen better days. Her hair is all knotted, she was in need of a bath and, bless her, she was as bare as the day she came off the production line.

The challenge set was to create a wonderful creation for her to wear to the birthday party of Jack’s aunt, with the promise of a “fabulous prize” for the winner (who still hasn’t been declared….). 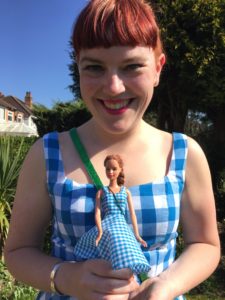 A gingham dress with a sweetheart neckline and circle skirt. In two sizes. 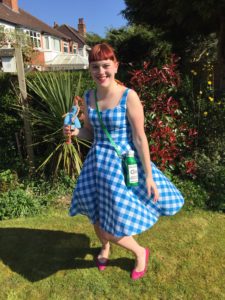 I made a By Hand London Kim dress with a self-drafted circle skirt for myself. Barbie’s dress is a self-drafted pattern based on a combination of a tutorial I found (but sadly don’t remember where so can’t link to it) and a bit of bodging.

Both dresses are made using cotton gingham from a stall in the indoor market at the rag market. Mine uses squares 1″ wide, whilst Barbie’s has significantly smaller squares.

As a concept, this was a lot of fun, both in terms of finding the fabric but also then giving us the same haircut (ish – I wasn’t brave enough to give her an undercut) and finding matching accessories (thank you Tatty Devine for making a bag that matches one of my most loved necklaces).

I was also pleasantly surprised to find that a dress I made very much for fancy dress is something I actually like and think I may end up wearing over the summer. 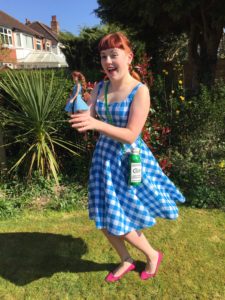 Man, Barbie clothes are small and fiddly. So fiddly. I got a bit annoyed with it when I was trying to replica pre-existing patterns, but once I realised I had to make it much simpler everything went swimmingly. 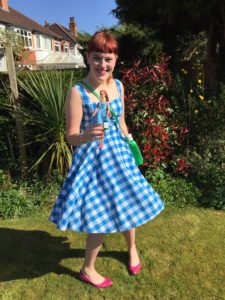 The Kim? Probably yes, although I’m still not quite happy with where the neckline sits. Barbie clothes? Probably not. I might just leave that to ebay…. 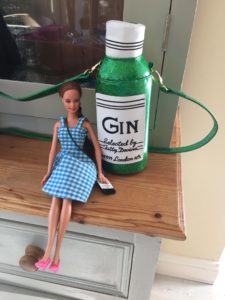