Ok, so we’re a bit passed the halfway point given that it’s actually mid-July rather than the start of June, but it’s still timely to have a check in on both my #2017makenine and #2017usenine challenges! 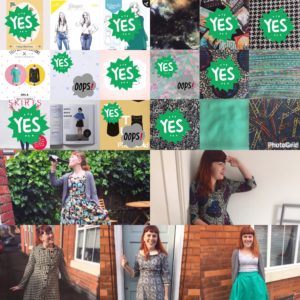 As you can see from the “oops!” stickers, the bad news is that the last four months haven’t seen anywhere near the progress of the first three months. The good news is that there has at least been some progress! 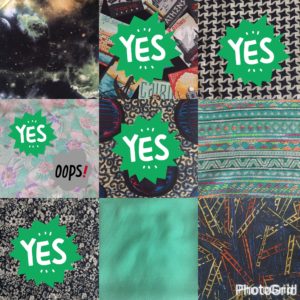 Fabric wise, I only used one of my fabrics, and I’m really not happy with what happened (more on that to come in a future post). The dress I made was an unmitigated disaster, but thankfully I have enough fabric left to try again, although I may well try a different pattern.

Of the remaining fabrics, I think I have ideas for all of them, I just need to get round to actually making them up into actual clothes. 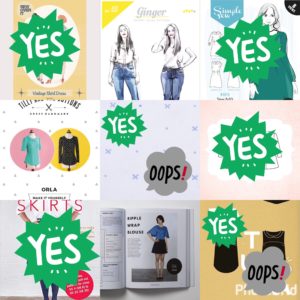 As for the patterns, I made three of them, although again I’ve only got one useable item. The Brighton skirt was a dream to make and has been worn a lot, but, sadly, trying to use my bodice block led to the unmitigated disaster, whilst the Datura blouse hit a bit of an issue whilst I was making the wearable toile. In both cases, I’ll be exploring these nightmares in a bit more detail as part of a new (intermittent) series I’m calling “When bad things happen to good fabric”. The first one, exploring the bodice block dress, will be landing soon, and will, I promise, feature photos of me wearing the dress in all its disastrous glory.

So, I think it’s fair to say that the last four months have are good evidence towards the idea that even with the best laid plans, sewing disasters can totally happen. They’re a real blow if you’re not expecting them, and I do wonder if part of the reason that I’ve been staying away from my make nine and use nine projects since. Convincing yourself to take scissors to fabric when you’re really not sure if it’s the right decision can feel a bit rash, and it can feel even more so when it’s not the first bad decision you’ve recently made!